Why can’t we just be friends?–Q&A Intimacies

If you know that the person you’ve been dating for a year doesn’t want a serious relationship with you, but you still like her or him, does it make sense to keep her or him as a friend? — JP

Breaking up is hard to do, especially after a whole year. But if you would prefer that your relationship with that particular person be serious–get the hell out of Dodge. It’s better to break it off right away, feel the sting of separation and recover your perspective–so you can find a new relationship with someone who can relate to you seriously.  You aren’t going to change your friend’s feelings and you may only delude yourself into thinking you can, postponing or prolonging the eventual disappoint.

Some people, especially men, I think, will propose, ‘Can’t we can still be friends?’ as a way to soften the blow of an ended. It’s just the polite thing to say. Usually, after a couple agrees to split up yet remain friends, in time, priorities shift and they choose not to spend as much time with each other, they aren’t as open as before and the calls stop coming.

If, on the other hand, the lack of romantic interest is pretty mutual—if neither of you want to have a serious relationship with each other and won’t be subject to fits of jealousy or unrequited longing, you need not cut off a working friendship just because you aren’t ever going to exchange wedding vows with each other. If neither of you want more from each other than each is willing to offer, if you both agree that the match isn’t serious,  you need not lose all the stability and familiarity you’ve developed together.

A key consideration is what you mean by “keep her or him as a friend.” Usually, that means eliminating the romantic or sexual component of a relationship, if it ever existed. A  relationship can shift from sexual to platonic only if there is no longer a sexual attraction between you, mutual or one-sided. And an absence of mutual attraction would validate the choice to not get serious about the relationship.

A less-common option is to remain a sexual friend. You may find a sexually compatibility with someone, but not have enough going  on in the other departments that you can share. Some people maintain “Friends With Benefits” as a fall back and insurance against lonely nights. But to have a sexual relationship that doesn’t restrict either party from seeking new partners, an open, polyamorous relationship, is not for the faint of heart. In order to succeed and still be real friends,  you each must truly be able to see the other one get into a new relationship, you must watch your ex fall in love and you must not be jealous. If you could truly dance for joy at the marriage  of your friend (to someone else), by all means maintain that friendship. But, as a real friend, you will respect the need for space and no contact, for at least half a year, if It is requested.

Be careful that you don’t use your loyalty to your friend as an excuse for not getting out, meeting new people and starting to foster fresh relationships. After a year spent dating someone, the relationship has made you a bigger person. You no longer need to feed on that former relationship to support or validate who you are. You bring yourself and all that that you’ve learned to this point to the nourish the relationships that will manifest through the years that remain stretched  ahead of you.

Tell me Your Number One question about relationships and I'll send you a FREE Gift: A Dozen Choice Intimacies as an eBook.

Read the answers to these relationship questions. Or visit the Poll's page to vote on which question gets answered next. 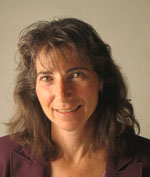 Between these covers, find secrets to great relationships! Buy the book now and learn about love.

Get blog updates via email